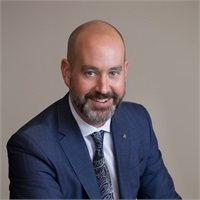 David began his career as an insurance agency owner with Farmers Insurance in the Dallas/ Ft. Worth Area in 1997.

He started TCI Texas Insurance, an independent agency/broker in 2011.

He attended Lamar High School in Arlington and received a BA in Broadcast Communications and Political Science from the University of Texas at Arlington in 1995.

David has been active in the Irving/Las Colinas community for many years. He has taught Sunday school to elementary children at Irving Bible Church, and has been a "lunch buddy" mentor at Sam Houston Middle and MacArthur High Schools in Irving for over 10 years. He has also coached youth football, soccer, and triathlon.

He has and is currently serving as a board member of the Baylor Scott and White Irving Hospital along with the board’s finance committee.

He serves on the Irving Hospital Authority board and finance committee as well.

David and TCI Texas are active members in the Irving/ Las Colinas and the Plano Chambers of commerce. He graduated from the 2013-2014 Leadership Irving Class.

David and Christine Mullis have been married since 1996.

They have two children, Ashley ‘01 and Jack ‘04. They currently reside in Plano, TX.

He enjoys spending time with family while training/participating in marathon and triathlon events as well as other athletic activities.